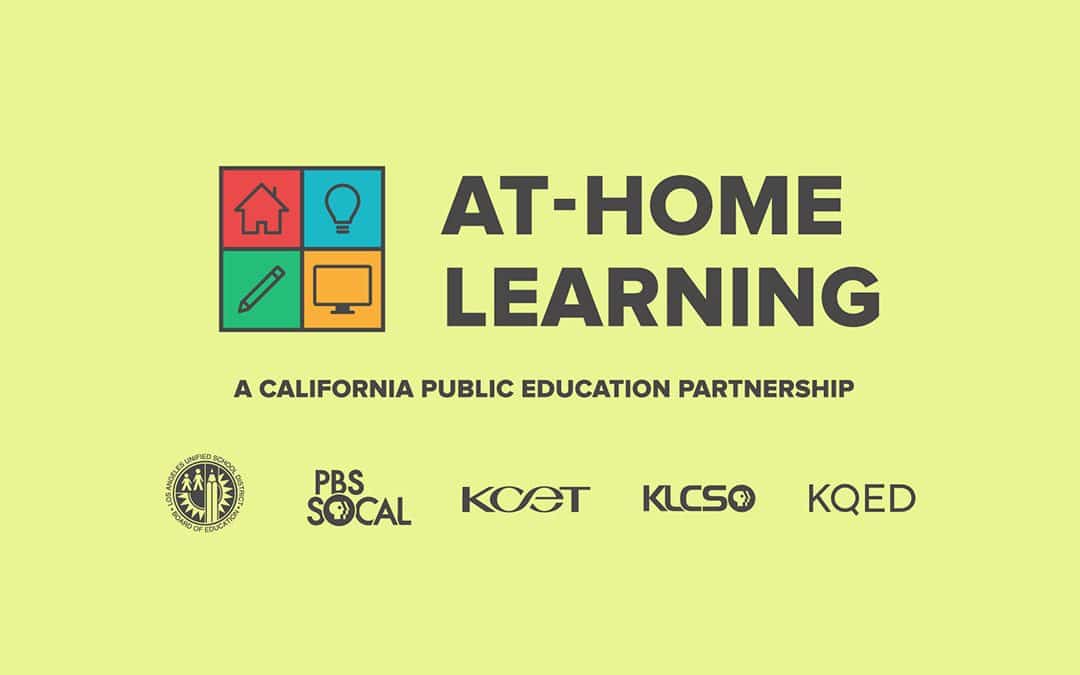 Back in October of 2017, in the days following the Route 91 Harvest Music Festival Shooting in Las Vegas, I wrote about how it was local broadcasters — not digital streaming platforms — that served as the most important source of news and information about the incident, the response, and the community’s recovery (see In Praise of Local Media).

This morning, millions of students are waking up without anywhere to go. As the unprecedented impact of the COVID-19 outbreak continues to spread rapidly across the United States, school districts from coast to coast are closing their doors, transitioning to remote learning in an effort to keep the students, teachers, and other school staff safe.

Here in Los Angeles, it was local broadcasting that helped the school district answer the call of changing times. On Friday, the Los Angeles area’s PBS stations — PBS SoCal, KCET, KLCS, along with San Francisco’s KQED — announced a partnership with the Los Angeles Unified School District that would allow the approximately 735,000 students to continue their studies remotely by dedicating the stations’ daytime lineups to grade-level-specific, curriculum-aligned programming.

The knee-jerk reaction these days is to convert everything to online delivery. Can’t get to class? No problem, just watch the lecture on YouTube, participate in a discussion on Canvas or Blackboard, then join a Google Hangout with your study group to talk about the homework. Got questions about the assignment? Just Slack your instructor.

That all works well for those with access to the internet, but despite how ubiquitous it’s become, the internet divide remains very real. Indeed, in a market like Los Angeles, where more than 84% of students qualify for free or reduced-price meals, there’s a good chance that many of its students don’t have internet access at home. Or if they do, it’s limited to a mobile device, which using for the duration necessary to deliver instruction is impractical. In ordinary times, absent those students might use the internet at their local library, but these are no ordinary times: both public library systems that serve the Los Angeles area are closed.

Broadcast television thus offers LAUSD with the widest possible reach. It’s free to viewers, and the broadcast signals cover essentially the entire metropolitan area. While it’s true that not every household owns a television, they’re more common than internet connections. Of the 5.8 million households in the Los Angeles market (comprising Los Angeles, Orange, Riverside, San Bernardino, and Ventura counties), 5.3 million (91%) have at least one television. (Unfortunately DMA-level internet penetration stats are difficult to come by, but I believe them to be less than 91% for Los Angeles).

All of this is to say, internet-based content services are no doubt a boon for consumers, but as the LAUSD’s solution to the COVID-19 closure demonstrates, they’re no match for broadcast television.

Learn more about the partnership on SoCal PBS’s website.

Update: Variety did an in-depth story about how the partnership came together. Check out Michael Schneider’s article here.

In an opinion piece published by The Hill on December 17, Senator Thom Tillis (R-N.C.), chairman of the Senate Judiciary Subcommittee on Intellectual Property, announced that he plans “to launch a major new initiative … to explore ways we can better promote the creative economy in the 21st century.” That initiative, comprising “a series of hearings … to evaluate both the policy baseline created by the DMCA and the current practices and and operations of both platforms and creators…” is intended to “re-forge the consensus that originally powered the DMCA and craft new legislation to modernize the DMCA for today’s internet.”

It’s a noble goal to be sure, but as I wrote in Chapter 6 of The Unrealized Promise, what to do with the DMCA — specifically the safe harbor provisions found in Section 512 of Title 17 — is among the most divisive issues in copyright policy discussions and, at least as of the House Judiciary Committee’s copyright review, one that stakeholders on either side had little interest in doing anything other than bemoan the fact that the other side “doesn’t get it” (I paraphrase slightly).

But as I also discuss in the book (in Chapter 11), there have been significant changes to the copyright policy landscape since the House undertook its review. Perhaps now — or more specifically, next year, when Sen. Tillis promises his hearings — is an appropriate time to re-visit the conversation. That said, I’m doubtful much has changed on this particular issue given how polarizing it’s been, dating back as long as the statute itself.

As an aside, Sen. Tillis mentioned that he’s looking forward to reading the forthcoming Copyright Office study on Section 512, but I hope he’s not holding his breath. That study has now been pending for four years, and given the recent news that Register of Copyrights Karyn Temple is leaving at the end of the year, it’s unlikely that the Office will be in a position to finalize a report on something as controversial as the DMCA anytime soon.

Following the resignation of Karyn Temple in early December, the Librarian of Congress has announced that Maria Strong, a longtime Copyright Office staffer and expert on international copyright law, will serve as acting Register of Copyrights until a permanent replacement is found.

Strong has served as Associate Register of Copyrights and Director of Policy and International Affairs since April 23, 2019. In her position, Strong assisted the Register with critical policy functions of the U.S. Copyright Office, including domestic and international policy analyses, legislative support, and trade negotiations. She directed the Office of Policy and International Affairs, representing the Office at meetings of government officials concerned with the international aspects of copyright protection and enforcement and providing regular support to Congress and its committees.

Prior to that position, Strong served as deputy director of policy and international affairs since January 2015. Upon joining the Copyright Office in 2010, she served as senior counsel for policy and international affairs and also served as acting general counsel from April to July 2013. Before joining the Office, Strong spent nineteen years in private practice in Washington, DC, where she represented clients in the media, technology, and entertainment sectors and provided analyses and advocacy on global and domestic issues involving copyright law, enforcement, trade policy, and e-commerce. She began her legal career as a staff attorney at the Federal Communications Commission.

Chapter 10, “Regime Changes” delves into the unfortunate, untimely, and unseemly removal of Maria Pallante from the Register of Copyrights post in late 2016. The then Associate Register for Policy and International Affairs, Karyn Temple was announced as interim register shortly thereafter. Temple was eventually appointed permanently to the post on March 27, 2019.

After less than a year of being in the role, on December 9, 2019, Temple announced that she would leave the Copyright office on January 3, 2020 to join the Motion Picture Association as its general counsel.

No word yet on who will take over the Register post, though word is that Congress is pushing Librarian of Congress Dr. Carla Hayden, to fill it promptly.

Update: On December 18, 2019, Dr. Hayden appointed longtime Copyright Office staffer Maria Strong as acting Register of Copyrights. Strong was most recently the head of the Office’s department of policy and international affairs, and before that served as deputy director and senior counsel in the same department. From April to July 2013 she served as acting general counsel. She joined the Copyright Office in 2010.

In Chapter 6 I lay out several of the major challenges confronting photographers and other visual artists. Among them is the outdated and outmoded definition of “publication” set forth in Section 101 of the Copyright Act. That definition says, on the one hand, that “offering to distribute copies . . . to a group of persons for purposes of further distribution, public performance, or public display, constitutes a publication.” But goes on to say that a mere “public performance or display of a work does not of itself constitute publication.”

The definition was relatively easy to apply in the pre-internet era, where it was fairly obvious what was “published,” but as distribution technology has evolved, the Copyright Act has remained static, calling into question whether works posted online are “published” as contemplated by the Act. Because the requirements for copyright registration differ based on the publication status, and because registration is required before a copyright owner can enforce his or her rights in court, the distinction is critical.

On December 4 the Copyright Office announced it has launched an inquiry into the issue, with the intent of ultimately providing some guidance on “interpreting the statutory definition of publication and the role that publication should play in copyright law and the registration process.”

We use cookies to give you the best experience on our website. By continuing to browse the site, you are agreeing to our use of cookies. You can change your cookie settings at any time but if you do, you may lose some functionality.Accept